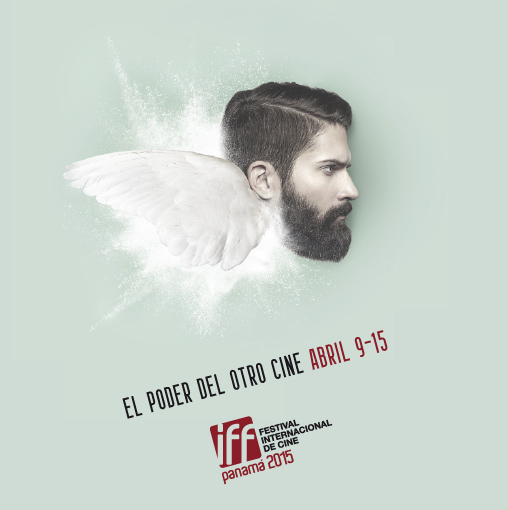 Coinciding with the Summit of the Americas was another great Panama event, the International Film Festival of Panama.  The event based in historic Casco Viejo screened over 60 films from around the world. It brought attention to Panama’s film making community as well as the growth in high-end movie theatres as featured in the Boston Herald and Variety.

The quality of the new theatres in Panama, mostly in Panama City, are fantastic.  Check out the VIP screening rooms and you will sit in luxury at a fraction of what the experience costs most elsewhere.

IFF Panama: Central America on the right track for growth

“PANAMA – As the leaders of the Americas, including U.S. President Barack Obama, meet in Panama City for the seventh Summit of the Americas, they will be all too aware that it is the economies of Central America that are leading growth in the region. And, according to a report published on Tuesday (April 7) by the United Nation’s Economic Commission for Latin America and the Caribbean, Central America will continue to lead the way in 2015 with Panama, with an expected 6 % increase in GDP over the coming year, at the forefront.

Central America, which consists of seven countries (Belize, Costa Rica, El Salvador, Guatemala, Honduras, Nicaragua and Panama), is also on the right track for growth in its theatrical movie market, according to Luis Vargas, Managing director of Rentrak for Mexico, Caribbean, Central America, Colombia and Venezuela.

“Central America is a region that you can consider as one country, one big country,” Vargas explains. “It is a region that is growing very, very fast because of the amount of cinemas being developed. In the past three-or-four years the percentage increase in new cinemas has been at least 5% per year. A very good number, especially if you consider this compared to other regions of the world. It tells you that as an economy, it is a region that has potential for the future due to investment and the possibilities in this market.”

The region, which is estimated to have a combined population of around 43 million, 3.6 million of which are in Panama, is also undergoing consolidation and modernization with old theatres making way for new, and many existing screens being digitalized and fitted with better, more modern and comfortable seats. All these elements have helped the growth of admissions and grosses.

There were 93 performing theatres in all of Central America in 2012, and 96 in 2013 and 2014, but, as Vargas explains: “In 2014 a lot of the existing cinemas were modernized. In 2015 we are expecting several new cinemas to be opened and less cinemas to be closed. For example, this number of 96 would suggest that no cinemas opened in the entire region, however, this number is the final total after taking into consideration the older cinemas that were closed.”

In screen terms, the region has seen an increase from 489 in 2012 to 503 in 2013, and 507 in 2014. Again these are final numbers after taking in to account the closing of older screens and the opening of more modern, digitalized screens.

“Now that the digitalization is much more advanced, also by the independent exhibitors, we will see a decrease in the number of cinemas that are being closed due to economic factors, and more cinemas will be opened”, Vargas adds. “We are expecting at least two new cinemas in Panama, and both are to be high end multiplex cinemas.”

Across Central America in 2014 the highest grossing movies were all studio blockbusters. In order they were “Transformers: Age of Extinction,” “Rio 2,” “Maleficent,” “The Amazing Spider-Man 2,” “Captain America: The Winter Solider,” “The Hunger Games: Mocking Jay – Part 1,” “X Men: Days of Future Past,” “The Hobbit: The Battle of Five Armies,” “How to Train Your Dragon 2,” and “Guardians of the Galaxy.”

In Panama, the top ten for 2014 were “Transformers: Age of Extinction,” “Rio 2,” “Maleficent,” “X Men: Days of Future Past,” “Captain America: The Winter Solider,” “The Amazing Spider-Man 2,” “The Teenage Mutant Ninja Turtles,” “Dawn of the Planet of the Apes,” “The Hunger Games: Mocking Jay – Part 1,” and “Annabelle.”

Locally made films, however, have started to make an impact on the commercial cinema circuit in Central America, most notably Miguel Gómez’s “Maikol Yordan” (“Maikol Yordan de Viaje Perdido”), an adventure, drama from Costa Rica that will open in Panama on May 14 following its international premiere at IFF Panama on April 13.

In Panama four local productions made their mark commercially in 2014. They included “Invasion” (“Invasión”), the country’s first Oscar submission for the foreign-language category, “Historias del Canal”, “Breaking the Wave” (“Rompiendo la ola”) and “Reinas.” All of which have played the IFF Panama.

The films, according to the Panama Film Commission, are just four of 13 features to be produced in Panama since 2012, and that compares with just three local productions completed between 2007 and 2012 and two between 2001 and 2007.

Vargas believes one solution for the growth of the local Central American film industry will be for governments to invest in art house cinemas.

“Gvernments should create alternative spaces of exhibition that are focused to exhibit product where the main goal is not to make money, but to promote art, or to promote a message,” argues Vargas. “Otherwise, lower-budget films will be lost in the huge space of exhibition, and create unnecessary frustration for their producers.

“Why does a movie have to be exhibited on a commercial circuit?” he asks. “I believe that the only countries that have supported this type of circuit are Mexico, Brazil and Argentina. Mexico has one of the highest capacities when it comes to these alternative exhibition spaces that are controlled by the government and that give low-budget films a space in which to be exhibited. We have to understand that the filmmakers can’t do this on their own. It has to be a synergy, like team work, and the key people in the local film industry must ask their governments for the money for new cinemas, for the spaces in which to see their own local product.”

The heads of those governments have all been meeting in Panama this weekend where the theme of their Summit of the Americas has been “Prosperity with Equity: The Challenge of Cooperation in the Americas,” a theme and a challenge that is equally on the minds of filmmakers across Central and South America as they look at ways to share screen time with the Hollywood blockbusters that remain popular with the growing theatrical audiences across the region.”

“The Fourth Edition of the Panama International Film Festival or IFF Panama is just around the corner.  From the 9th to the 15th of April 2015, the vibrant Panamanian capital will honor the spirit that has historically identified the Isthmus country and will be the place that unites dozens of films from around the world, hundreds of representatives from the international film industry and thousands of enthusiastic spectators in the enjoyment of the exciting seventh art.

IFF Panama will screen more than sixty films of a very high quality, that have been presented and recognized with awards at prestigious festivals such as Cannes, Toronto, Sundance and San Sebastian among others. IFF Panama will also offer national premiers whose red carpets will be walked down by admired representatives of the fascinating film industry.

Filmmakers and producers alike will join the screening of their films and Q&A sessions, having first hand contact with the audience, a unique opportunity offered by IFF Panama to the spectators.

The stage for this cinema event that is IFF Panama is the capital’s Casco Viejo (Old City), a fascinating and intimate area that warmly offers itself and captivates the audience, the industry and the national and international press.”