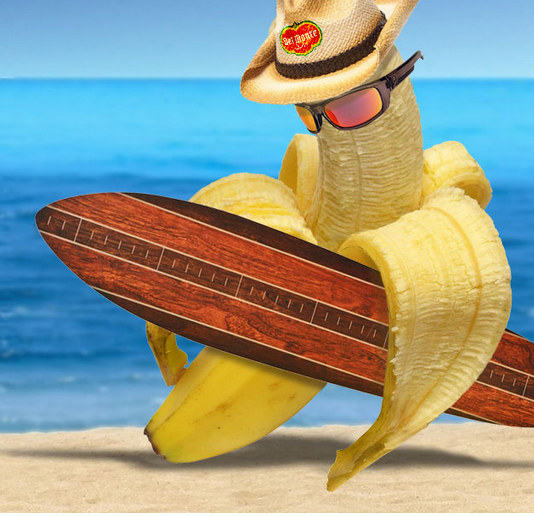 The contract with Del Monte for a $100 million investment in banana production has been approved.   This deal with Del Monte, if fully realized, will bring back an enormous economic driver to Panama.  It will especially bring even more sustained growth surges to an already thriving Chiriqui Province.

David, Panama will see significant increased activity given its proximity to the action and position as the only large city in the Province.

Bananas will also revitalize an area of Chiriqui that once thrived as a major banana producer.  Puerto Armuelles on the ocean near the Costa Rican border will once again enjoy a rise toward its former status.

Bananas will become a new windfall for the region.

Del Monte investments in mainland Bocas del Toro will certainly assist that province.  That too will provide a boost for neighboring Chiriqui as well.

Once, the banana business was a huge economic driver for Panama.  Since then, Panama’s economy has grown so much that the impact of Del Monte’s arrival may be limited on the country as a whole.  The primary beneficiary of the new dollars will be Chiriqui province, home to David, Boquete, Volcan and the best Pacific beach destinations in the country.

Yet, the influx of cash will be just the start as the multiplying effect of so many new jobs and business development will continue to serve the region indefinitely.  This is yet more great news for the already booming Chiriqui province.

“Yesterday the Cabinet Council approved into law the contract that will allow the Banapiña de Panama SA company, a subsidiary of the Del Monte transnational fruit company, to invest more than $ 100 million dollars in banana production in the provinces of Chiriqui and Bocas del Toro, stated the president of the Republic, Juan Carlos Varela.

According to Varela, with the revival of this business through the Banapiña de Panama SA company would generate about 3,100 direct jobs and 12,000 indirect ones

The contract stipulates that Banapiña de Panama will invest a minimum of 100 million dollars over seven years in the districts of Baru and Alanje, in the province of Chiriqui, and in the district of Chiriqui Grande, in Bocas del Toro.

It also includes the lease of land and its preparation for planting, agricultural activities for growing bananas and / or plantains, the installation of irrigation systems, the construction of infrastructure for the packaging and export of the fruit, and any other improvements necessary for the development of the banana industry.

The contract will last for 20 years and will be automatically renewable for the same period of time under the same terms and conditions, except for tax exemptions, which must be reviewed by the State at the end of the contract’s first period.

Similarly, it will include the development of activities of interest in three blocks consisting of: 1,771 plots awarded to former employees of COOSEMUPAR, totaling 1,703 hectares; the Nispero, Palo Blanco, and Majagua farms, 816 hectares; and the land owned by the Nation, comprising a total of 1,223 hectares.

The company will present the Project Development Plan of Banana Reactivation the year following the delivery of the individual’s estates given in sublease to the company and the concession of those owned by the Nation.

According to forecasts, the company is expected to produce an average of 2,725 boxes of bananas per hectare a year. The project will be implemented in stages, at a rate of 800 hectares per year. In parallel, the company will execute the required investments and construct the buildings and facilities needed for its operation. This Resolution shall take effect after its promulgation.

‘The Cabinet Council is happy that the company gives employment in the district of Baru. We are satisfied and content that they will offer jobs here,” said the mayor of Baru, Franklin Valdes. The Municipality of Baru will receive $312,000 dollars per year and $26,000 dollars every month from the company, stated Valdes.”

About the recent history of banana production in Chiriqui from Wikipedia:

There is more on the Wikipedia page about Puerto Armuelles.