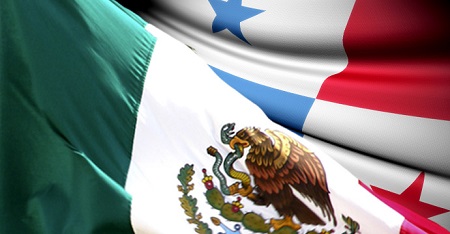 Panama imported nearly $1 billion from Mexico last year while exporting only $20 million to Mexico.   The deal bodes well for Panama as 72 per cent of imported products are covered.  Expect lower prices for many goods in Panama as a result.

In the meantime, the agreement sets the stage for Panama’s inclusion in the Pacific Alliance which currently includes Mexico, Colombia, Peru and Chili.

Panamanian government officials and Mexican Economy Secretariat representatives discussed the agreement at a conference held on Tuesday by the Panamanian Trade, Agriculture, Industry and Agriculture Association, or CCIAP.

Participants discussed the FTA and said it provided a “window of opportunity” for merchants, industrialists and exporters in Panama and Mexico.

The Mexican Congress approved the trade deal on March 12, while the Panamanian National Assembly gave its approval on Oct. 8, 2014.

excerpt: “Officials say that Panama and Costa Rica are candidates to join the alliance. Among the current observer nations are the U.S., Canada, France, and Germany. The four member nations of the Pacific Alliance make up close to 40% of the gross domestic product of Latin America and the Caribbean.””