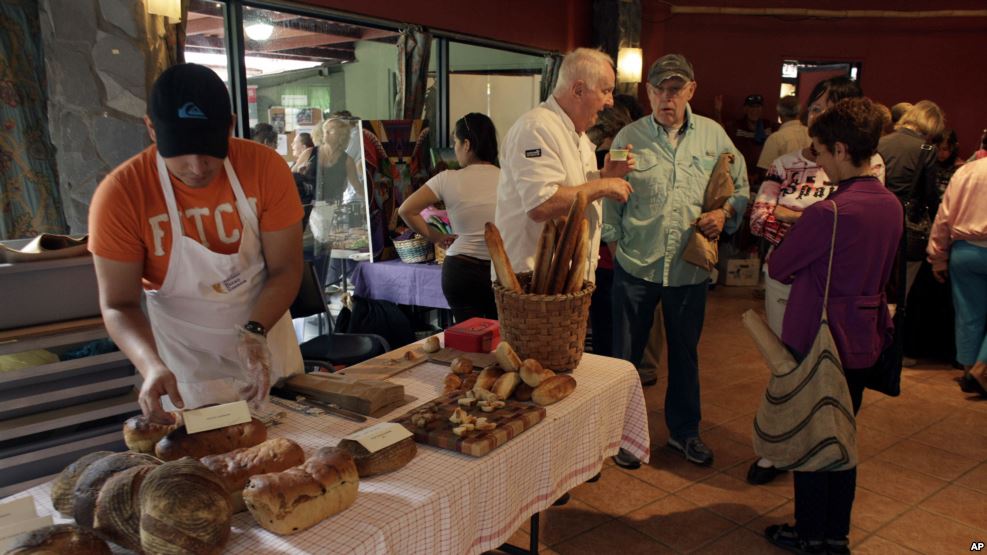 The trend is undeniable.  Today’s retirees are more adventurous, healthier and seeking new experiences  more than ever before.  Millions of retirees are now considering how they can get the most enjoyment as they enter their new liberated phase of life.

Modern advances have made staying in touch with people back home simple, even free.  Instant communication has become as simple as hitting a Skype or Facetime button on a cell phone.

As the world has become smaller, new modern amenities, products and infrastructure have become commonplace in special destinations like Boquete.

Social opportunities with locals and expats now abound as retiree communities have matured.  There are also transportation improvements and many more flight options than before to whisk you to wherever you might want to go.

In the meantime, maintaining a high quality of life in the US, Canada and much of Europe is harder than ever.  The high cost of living, uncertainty at home and other changes have encouraged many to consider what else is possible.

As a result, thousands of vibrant retirees are leaving their home countries to enjoy the thrill of a new place.  One where life brings new experiences, a bit of adventure, natural beauty, better weather and  where their money goes much farther.

Many are also aware that investment in other countries is a good bet or a smart diversification move.   Many see Panama as ideal for this purpose given its stable and rapidly growing economy.

Considering life overseas?  We stand ready to answer your questions about life in Boquete and other great community options in the beautiful country of Panama.

Growing Number of Americans Retiring Outside US

Photo caption:  “Retired Americans gather in a market in Boquete, west of Panama City, Panama. The country has become a hot spot for American retirees.”

Article: “Newly widowed, Kay McCowen quit her job, sold her house, applied for Social Security and retired to Mexico.  It was a move she and her husband, Mel, had discussed before he died in 2012.

“I wanted to find a place where I could afford to live off my Social Security,” she said. “The weather here is so perfect, and it’s a beautiful place.”

She is among a growing number of Americans who are retiring outside the United States. The number grew 17 percent between 2010 and 2015 and is expected to increase over the next 10 years as more baby boomers retire.

Just under 400,000 American retirees are now living abroad, according to the Social Security Administration. The countries they have chosen most often: Canada, Japan, Mexico, Germany and the United Kingdom.

Retirees most often cite the cost of living as the reason for moving elsewhere said Olivia S. Mitchell, director of the Pension Research Council at the University of Pennsylvania’s Wharton School.

“I think that many people retire when they are in good health and they are interested in stretching their dollars and seeing the world,” Mitchell said.

McCowen’s rent in Ajijic, a community outside Guadalajara near Mexico’s Lake Chapala, is half of what she was paying in Texas. And since the weather is moderate, utility bills are inexpensive.

In some countries, Mitchell said, retirees also may find it less expensive to hire someone to do their laundry, clean, cook and even provide long-term care than in the United States.

McCowen has a community of other American retirees nearby and has adjusted well.” 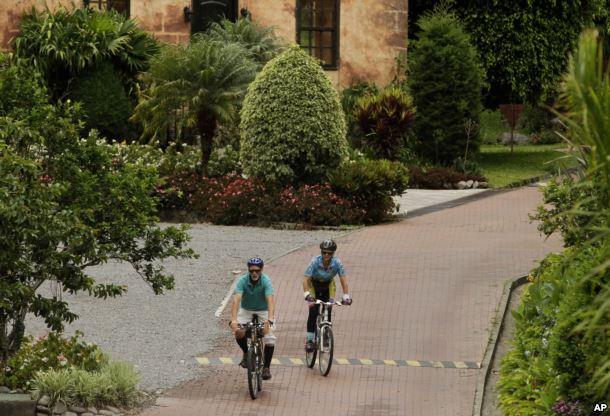 Photo caption #2 from Voice of America:  “A retired couple bicycles in Valle Escondido, a residential community in Boquete, west of Panama City.  Panama has become a hot spot for American retirees.”