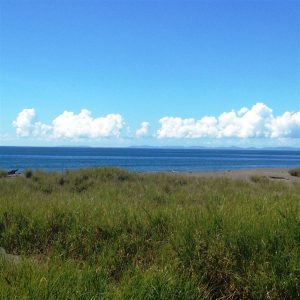 This “satellite” that crashed is apparently part of Google’s ambitious plan to bring Internet service to remote areas of our Earth.   It is another sign of the world coming together and being more connected.

Above is a photo of what the Loon project balloon lofted device might look like.  Below is a link to more information on the project.

The stratosphere is actually part of the earth’s atmosphere varying between 5 and 31 miles from the surface per Wikipedia.

“A SATELLITE  belonging  to the Google Loon project designed to give internet access to remote communities fell in the community of Sieyic, in the district of Changuinola, Bocas del Toro on the weekend.

Staff of the civil defense agency (Sinaproc)  made the announcement on Twitter on Tuesday,  Jan 10 and the Ministry of the Environment Ministry  confirmed that the wreckage was recovered on Sunday.

Preliminary reports from Sinaproc show that the satellite is part of the Google Loon project. This project consists of a network of satellites in the stratosphere, designed to provide internet connection to rural and remote communities around the world.

The satellite was transferred to the headquarters of Sinaproc in Bocas del Toro. The investigation is continuing.

Residents of the communities of Bonyic and San San Tigr reported the  occurrence over the weekend as pieces of the apparatus were scattered across the area,

José Mosaquite regional director of the Ministry of the Environment in Bocas, said that the satellite fell in a protected area that is difficult to access.”