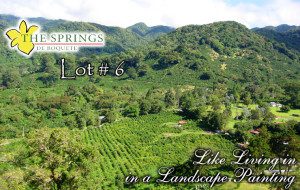 Two weeks ago we reported on how Panama is leading Latin American growth, this week comes good news on inflation and continued growth.

Panama’s inflation rate has gone down to 2.1% on lower transportation, healthcare and clothing costs, the lowest since December 2009.  After averaging 4.87% between 2008 and 2014, the 2.1% rate is welcome news for Panama.  Inflation has been trending downward since 2011.

The decline comes as Panama’s government announced a 6.2% 6 month growth rate along with an expectation of 7% growth this year.

“Panama’s economy expanded 6.3 percent during the second quarter of this year compared with the same period last year, the government said on Monday. Central America’s largest economy saw gains in mining, construction, retail and transport sectors during the April-June period.”