Panama and Colombia come to agreement 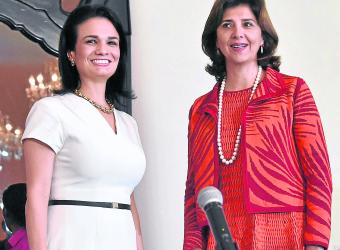 In the last newsletter, we mentioned that Colombia was jostling for more control over their citizens’ assets.  Depending on who’s reporting, Colombian citizens either tripled or quadrupled investments in Panama this past year. Colombia’s government noticed all of that money pouring out of the country and took strong action.  Two weeks later, there is already an agreement in place.  The two countries have a lot to do together including an imminent free trade agreement, a possible new railroad between the countries and plans for the Pacific Alliance.  This was just a little wrinkle on the road.

(Reuters) – Panama and Colombia will negotiate a financial information-sharing deal, ending a stand-off over Colombia’s classification of the Central American country as a tax haven and removing it from that status, Colombia’s president said on Tuesday.

The Colombian government is trying to curb tax evasion and two weeks ago designated neighboring Panama as a tax haven, in an effort to pressure the country to agree to information-sharing.

The move could have pushed Colombian investors out of Panama, as assets in declared havens are taxed at three times the rate of foreign assets in countries that share data with Colombia.

“We were signing the decree through which we will remove Panama from the list of tax havens, after they sign a memorandum of understanding where they commit to a date by which to negotiate a deal,” President Juan Manuel Santos said at an event late on Tuesday.

“It’s what we wanted from the start,” Santos said. “It’s good news for everyone.”

The two countries will negotiate the terms of their information-sharing and ink a deal on taxation, as well as cooperation on fighting money laundering, the Colombian finance ministry said.

“With the removal of Panama from Colombia’s tax haven list we’re sending a message to the rest of the world,” said Panama Vice President Isabel de Saint Malo. “That Panama will demand a space to dialogue.”

Panama has previously signed information-sharing agreements with other countries, including the United States

“Reaching an agreement on financial and tax information-sharing with Panama is an important step in international cooperation in the fight against money laundering and tax evasion,” Colombian Finance Minister Mauricio Cardenas said in a statement.

Panama had threatened “retaliatory measures” last week if Colombia did not remove the country from the tax haven list within seven days, an ultimatum which expired on Tuesday.

Colombian investments in Panama, Central America’s biggest economy, more than quadrupled last year to $3.2 billion and represented 41.8 percent of total foreign investments by Colombians in 2013, according to central bank figures.

The United Arab Emirates, Barbados and Monaco have also reached deals with Colombia, the finance ministry said, and will be removed from the tax haven list.