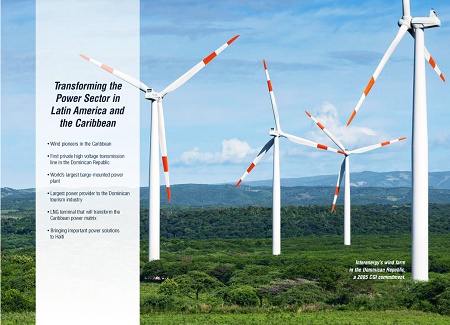 Add another top ranking to Panama’s list.  Panama is about to have Latin America’s largest wind farm.  The World Bank will provide $300 million in financing for the project.  Expect lots more wind development projects in Panama once this one is established.  The country has the need for much more power.  According to this article a whopping $3 billion more in energy investments in the next decade. That’s quite a lot for a small country like Panama.

Panama already gets considerable power from hydro-electric plants, about half of the country’s current usage with more hydro coming online. Now wind will be added to the mix.  This is a logical addition given that Panama’s windiest months are also the driest.

Except for those few who, contrary to all evidence and every respected scientist in the field insanely argue that global warming is a natural phenomenon, we are all only too aware of how essential it is to reduce fossil fuel emissions.   This is a good step.

Meanwhile, yet another $300 million entering the country for development.

IFC, a member of the World Bank Group, has completed a $300 million financing package for the construction of Phase II and Phase III of the Penonome wind power plant, the largest wind farm in Central America. Once operational, the 86 wind turbines with an installed capacity of 215 MW are expected to generate 448 GWh of energy per year, roughly equivalent to 5 percent of the country’s total energy demand. Phase II and III was acquired by InterEnergy Holdings, a private company with significant presence in the energy sector in the region and majority shareholder of UEP Penonomé II, SA , a company created to operate this project in Panama .

The project, located about 150 kilometers from Panama City, is the largest grid-connected wind farm in Panama. It is expected to diversify the country’s energy matrix, ease the dependence on imported fossil fuels, lower energy prices, and contribute to a reduction in carbon emissions. UEP Penonome II will displace about 400,000 tons of CO2 per year, roughly equivalent to taking 84,000 cars off the road.

Panama is one of the fastest growing economies in Latin America. However, investments in infrastructure investments, particularly to increase power generation, have lagged. The Panamanian government estimates that the country’s energy demand will increase by up to 8 percent annually. Rising demand will require investments of around US$3 billion over the next decade to keep up with energy needs.

“IFC has been a long-term partner for InterEnergy, with previous investments that are supporting more reliable energy production in Latin America and the Caribbean,” said Michael Bax, InterEnergy Holding Director. “This financing reflects a strong commitment to further developing Panama’s infrastructure, particularly clean energy production, as a strategic priority in the country.”

Panama is highly dependent on imported fossil fuels, which represent more than a third of the electricity generated. Another half of the country’s electricity is generated from hydropower plants, making the power sector vulnerable during the dry season. This can result in rationing of power and high electricity cost during droughts.  The project will help increase the energy generated from renewable sources dispatched into the grid and will complement Panama’s hydro based generation since wind resources happen to be significantly stronger during the dry season when hydro production is at its lowest.

IFC’s committed portfolio in Panama amounts to $686 million, including mobilizations from other financial institutions. In Panama, IFC is supporting financial intermediaries, infrastructure and education, by increasing access to finance for micro, small, and medium enterprises. It is also supporting renewable energy projects, and the expansion of the Panama Canal, among others.

InterEnergy Holdings (“InterEnergy”) owns and operates power generation and distribution companies in Latin America and the Caribbean. Its predecessor, Basic Energy Ltd., led by entrepreneur Rolando Gonzalez Bunster, had 25 years of investment experience and operations in the energy sector with the acquisition and development of over 1,500 MW in the Dominican Republic, Argentina, Panama and Jamaica.

Today InterEnergy is one of the largest investors in the Dominican energy sector in the areas of generation, distribution and marketing. InterEnergy is also a pioneer in the development of renewable energy in the region, establishing the first wind park in the Dominican Republic in 2011, through a partnership between EGE Haina and CEPM in Juancho, Los Cocos, Pedernales Province. The wind farm, which was recently expanded, has a 86 MW installed capacity. 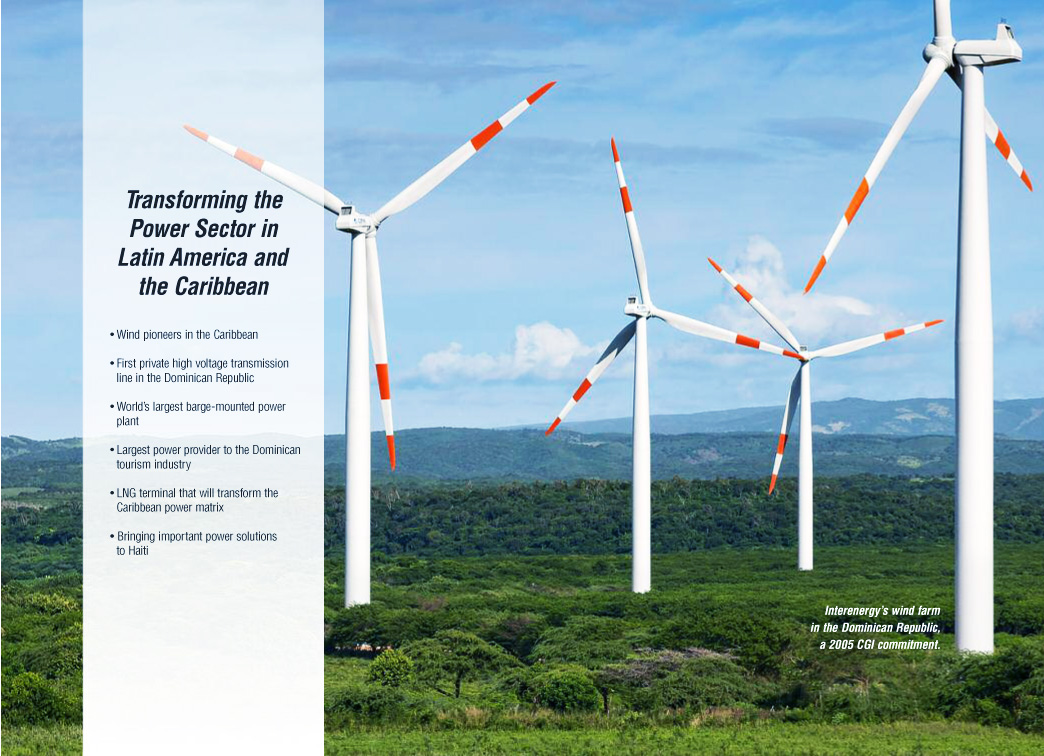 IFC, a member of the World Bank Group, is the largest global development institution focused exclusively on the private sector. Working with private enterprises in about 100 countries, we use our capital, expertise, and influence to help eliminate extreme poverty and boost shared prosperity. In FY14, we provided more than $22 billion in financing to improve lives in developing countries and tackle the most urgent challenges of development. For more information, visit www.ifc.org

The announcement from 2013 when President Martinelli announced Phase 1 and the project in general in 2013 before this funding.