“World’s happiest country: how did Panama overtake Denmark?” – The Guardian 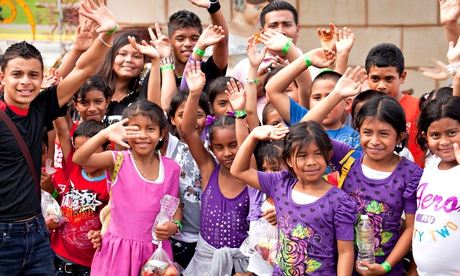 There is something about the culture and setting of Latin America that makes people feel good.  Add to that balmy inclination a booming economy, increasing wealth, decent healthcare, essentially zero unemployment and gorgeous natural wonders all around and you get lots of smiles.

World’s happiest country: how did Panama overtake Denmark? – The Guardian

A new poll suggests the Danes aren’t the most contented people in the world any more. So what has Panama got that the Scandinavian nation lacks?

Where is the world’s happiest place? For years we have been told it is the dark, cold, but seriously egalitarian Scandinavia – with Denmark heading the majority of lists of our most contented countries. But suddenly there is a new leader in the satisfaction stakes: Panama.

A poll by Gallup and Healthways Global reports that the Central American country now has the most positive population, after 133,000 people from 135 countries were asked to rate their wellbeing in five categories: purpose, social, financial, community and physical.

The Central American country topped four of the categories, with neighbour Costa Rica closely following as the second happiest country. Denmark, for once, came a mournful third. So what makes people in Panama so cheery?

Cultural attache for Panama, Laura Montenegro, thinks it is down to the fact the country has a thriving economy and has maintained its traditional values. “Family bonds are very strong here, and on Sundays everyone still gets together,” she says. “So even when people are struggling they don’t feel alone. We have a very beautiful landscape too and even in Panama city you never feel too far from nature. We have a booming economy and financial stability. When the global financial crisis hit, Panama came out of  it even better than before, because our banks had been very cautious.”

…Of course, (Denmark is) still ahead of glum Great Britain, which is 76th on the list – mostly because we don’t like our jobs. “Though Britons are strong in financial wellbeing, they are much weaker in purpose wellbeing, suggesting that many workers do not enjoy what they do each day,” the report says.

But the situation is not hopeless. Now the UK’s economy is improving, employers might be more inclined to ensure staff are happy at work. Phew!   Top photo is from the Guardian.

Here’s the rest of the Guardian article

Forbes Article about Panama as the World’s Happiest Place

Panama the country with the most Positive Emotions in the World according to Gallup in 2012.