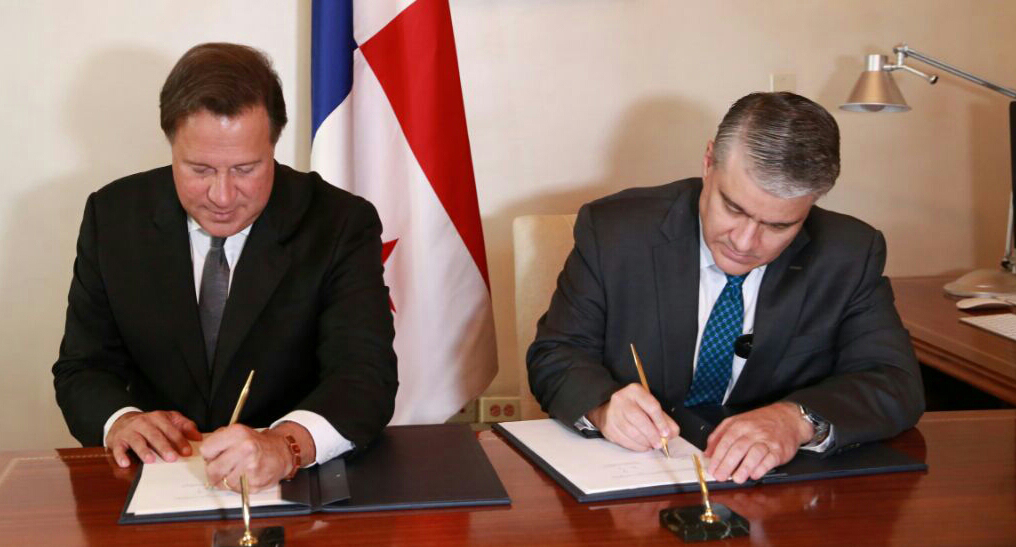 On October 17, 2017, Panama’s President signed into law astonishing changes to Panama’s property tax rates.   These reductions are expected to have a major impact on Panama real estate.

We’ve been asked a lot of questions about what the law says and how each property owner will be personally affected.  This article will answer many of your questions.

It turns out that the ramifications are immensely positive.   We believe it to be the biggest news in Panama real estate in years.

Below you will see the new low tax rates for primary and secondary residences as well as the reduced rates for commercial properties.

You will also hear about other major and surprising moves found in this law that strongly encourage investment in Panama real estate.

This surprising legislation is a bold and exciting next step for Panama real estate.

Corporations & Foundations That Own Property      Local Impacts    Other Major Changes

Under the new law, a primary residence will now pay annually…

That means that a primary residence of $120,000 or less in value will never pay any property taxes.

See below the charts with the New Low Annual Property Taxes for properties based on their registered values.

What Happens to the Current Tax Exemptions on Properties?

Any properties that already have tax exemptions will be grandfathered in and will retain tax exemption status for the time already granted.

However, Read This Before Applying for Primary Residence Status if your property already has a property tax exemption:

Important Update on Tax Exemptions as of Oct. 10, 2019:  As this very favorable new tax law is being implemented,  the system is having challenges when a property with an existing property tax exemption goes to request the primary residence status.  When that happens, the tax exemption is being eliminated causing problems.  This is not beneficial for most property owners.  So what should you do?  Please consult with your lawyer to confirm, but until the system is properly updated to address this issue, we strongly suggest that you wait until your tax exemption expires before you apply for primary residence status.  You will still receive the benefit of the new low property tax rates for all properties that are not primary residences in the meantime.

When does the Law Take Effect?

In addition to dramatically lowering tax rates on properties, several other powerful moves were made to encourage investment in the real estate sector.  They include a moratorium (forgiveness on past due tax penalties and interest if paid by the end of 2017), a major improvement in the agricultural tax exemption to $350,000 in registered value, and no government reassessing of any property values until at least June, 2024.

Are Properties Not Owned in My Personal Name Eligible for the Low Rates?

A: Property Owned by Corporations and Foundations Get the Same Low Rates

According to the law, people who are unable to work or have reduced mobility causing them unable to work in a regular manner will enjoy no property taxes for the first $250,000 in registered value.

Will The Government Be Doing Reassessments of Property?

A:  By Law, No Reassessments until at least 2024 – Primary Residences Can Not be Reassessed even after 2024

The full amount of the property taxes collected are now provided to the local governments throughout Panama for use in the improvement of the towns.  This decentralization is designed to encourage infrastructure and road improvements throughout the country.  Expect better utilities, community development and more road paving projects.

Will There Be Tax Exemptions Available Anymore?

A: Tax Exemptions For Up to 20 Years Will Still Available for Properties with Construction Permits Obtained before January 2019.

Anyone who has an existing tax exemption will still get all the benefits of that exemption even for periods going beyond January 2019.

If I Got a Construction Permit Before 2019, Can I Still Get a Tax Exemption?

A: Yes.  New Construction with Construction Permits Granted by December 2018 will still get the Tax Exemptions for up to 20 years.

Since the new tax rates are so much lower, the current tax exemption system will not be available for new construction that did not receive a construction permit by the end of 2018.

Of note:  Even if a construction permit is obtained after January 2019,  any primary residence of new construction for first time home buyers will still receive a three year tax exemption for up to $300,000 in value.   The three year period will start from the date of occupancy permit or registration of the title, whichever is first.

What is a Registered Value?

The registered or catastral value is the value of a property as shown at the Panama tax office.  Usually, the value matches that which also appears at Panama’s Public Registry.   However,  sometimes the values have not been updated causing a difference to be shown between those two systems.  When buying or selling a property these amounts usually must be reconciled.

If I Buy a Property by Buying a Corporation that Owns The Property, is the Price I Pay for the Property The Registered Value?

Under the new law, a secondary residence or commercial property will now pay annually…

See below the charts with the New Low Annual Property Taxes for properties based on their registered values.

What about Condominiums and other Horizontal Property Regime (PH) Properties?

Condominiums and related properties that are under the PH Horizontal Property Regime will enjoy all the same benefits as other properties except that the existing property taxes charged for the land that sits under the condo building will remain at the 1% tax rate.  This usually translates to a very small tax to each individual condo owner since the value of the land is spread among many owners.  Furthermore, most condos have individual property tax exemptions for each unit.   When the tax exemption on each condo expires in the future, this law provides for the condo to no longer pay taxes on the land under the condo, but to pay the same rates as regular primary and secondary homes.

Discounts for Paying the Full Year by the end of February

Under the new law, if you pay all property taxes due for the year by the end of February, you will receive a 10% discount.  Otherwise, you can make three payments as they come due through the course of the year.

What is the New Agricultural Tax Exemption?

“The President of the Republic, Juan Carlos Varela, today santioned the Law that proposes the most important integral reform of the Property Tax in the last 40 years and establishes a greater fiscal balance, which benefits the owners….”

“Panama To Go Ahead With Property Tax Changes“

“…The changes will come into force from January 1, 2019. The rates are substantially lower than those currently in place.”

Disclaimer: Bienes Raices Casa Solution SA and its employees, stock holders, and representatives are not experts in tax matters.  We suggest that for any decisions related to taxes and legal matters that you independently confirm the above information and rely on the advice of a Panamanian attorney, accountant or other persons with expertise in tax and legal matters.