Outstanding Value Property for Sale Near Boquete and David, Panama – Over 44 Acres of Relatively Flat Land
$275,000

Easy to Build Lot for Sale in Boquete Canyon Village
$113,450

The main road between the Pan American Highway and Volcan is about to see a massive expansion project.  The road will change from two lanes to four (meaning two lanes in each direction).  Until now, the road to beautiful Volcan / Cerro Punta has meant if you get behind a slow moving vehicle such as a truck, then you had to settle in for a long journey with lots of pretty views.  The larger thoroughfare is expected to make the ride from Volcan to David a much more dependable hour and fifteen minutes or so.

It will also encourage investment and ease of transit in the entire region. And this project is just one key part of a huge road development package for Chiriqui Province.

A similar, though larger road expansion was recently completed between Boquete and David.  It has made the ride from Boquete to David a dependable 35-45 minutes rather than the 45 minutes to even 90 minutes that was encountered at busier traffic times.  The four lanes has also encouraged investments along the route which we are now seeing today.   The route already looks much different than it did just a few years ago.

As it has for Boquete, expect the Volcan road expansion to draw greater attention to the breathtaking Volcan / Cerro Punta region. 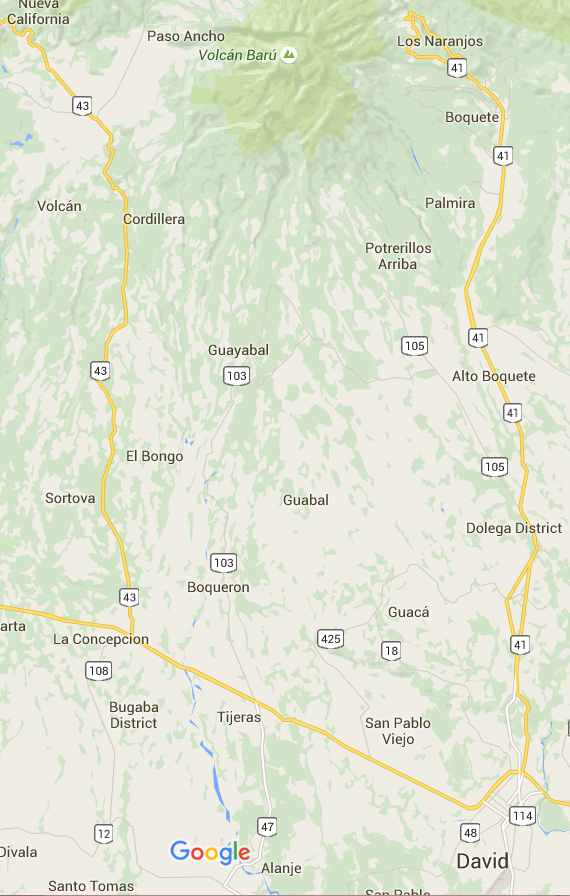