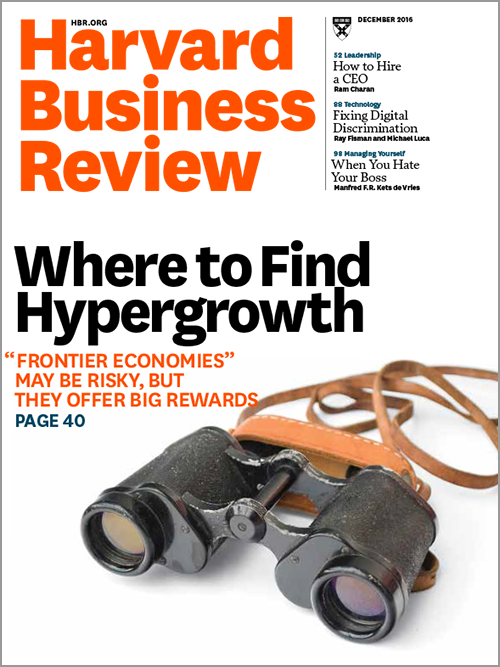 Harvard Business Review, one of the world’s most respected business publications, has chosen “Where to Find Hypergrowth” as its cover article for December 2016.  In it, HBR details the enormous potential of frontier economies for outstanding financial returns.

What’s particularly intriguing is that of the 25 economies projected to grow the most over the next five years, Panama is only 1 of 6 countries in the entire world that are expected to see hypergrowth without the inherent risks of being a frontier economy.

Amazingly, Panama is also the only Western Hemisphere country on the entire list of 25.

That makes Panama intensely attractive for investment… a politically stable country, close to the United States, easily accessible to Europe with a very high expectation for hypergrowth.  When you read the article, remember, HBR does not consider Panama a “frontier economy,” but does expect Panama to produce hypergrowth.

When you are ready to make your next real estate investment, choose Hypergrowth …. choose Panama.

“Global players in search of double-digit growth are running out of opportunities. Emerging-market giants such as Brazil, Russia, and China are experiencing an economic slowdown. They are increasingly expensive as a base for operations, and it’s harder to export to and import from these countries than it used to be.

As a result, multinationals are paying more attention to low-income, high-risk countries both as new markets for selling goods and services and as platforms from which to export them elsewhere.

These “frontier economies,” as we call them, may not seem like promising terrain; they are characterized by politically manipulated markets, weak legal systems, and either low per capita income or faltering GDP. Yet of the 25 countries forecast to grow the fastest over the next five years, 19 are frontier economies. Among them are Myanmar, Mozambique, Vietnam, and Rwanda. Many are home to the world’s largest untapped sources of minerals and metals, and despite the current soft commodity prices, global investment in developing these resources will continue to boost income and growth. That’s important because it means that growth in frontier economies depends relatively little on overall global economic trends, and first movers can reap better returns on foreign investments than the sometimes alarming country risk factors might suggest.

Some of those risks, moreover, turn out to be overblown, as smart companies are discovering.”

Many analysts see the current environment of rising interest rates and lower commodity prices as a reason to stay away from frontier economies. But following that advice might lead to the same regrets felt by the many multinationals that pulled out of emerging markets after the Asian financial crisis of 1998: They missed a decade and a half of bumper returns. Since equity markets are not deep enough for most investors to get exposure to frontier economies, investments in these places will necessarily be direct and boots-on-the-ground, and may require a decade or more to realize the investment thesis. Patience, careful analysis of long-run growth potential, and an appropriate choice of strategy will reward those companies that stake out a position in today’s frontier economies.” 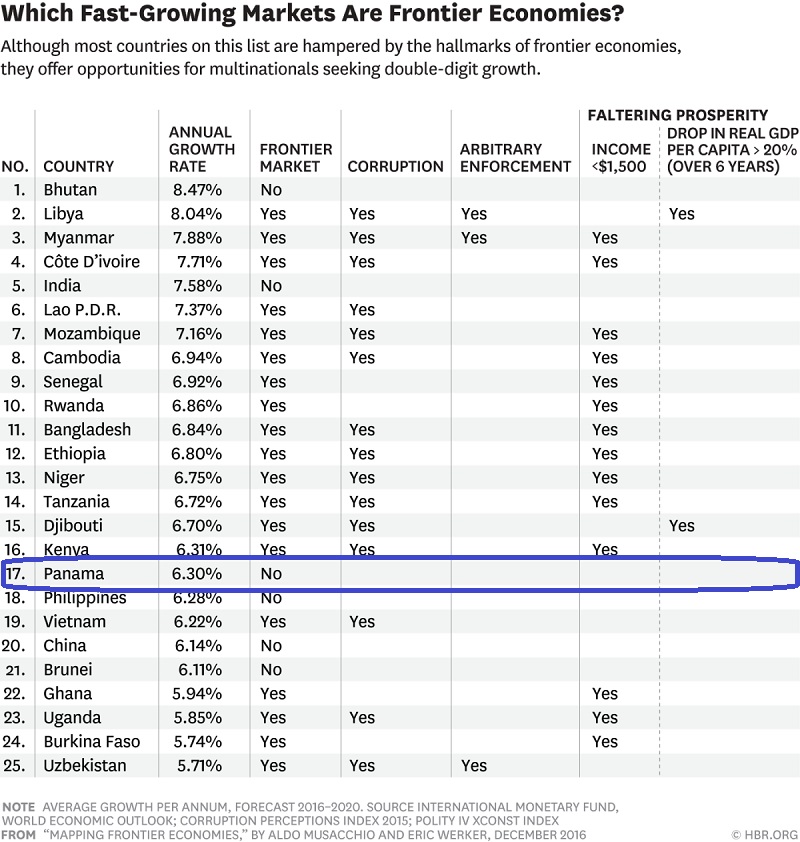