Lot for Sale with Fruit Trees in Potrerillos Close to Boquete, Panama
$65,000

Starbucks is coming – Panamanians will love it 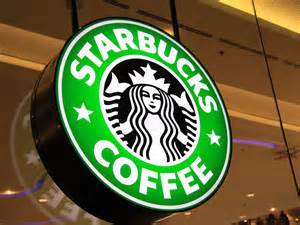 When our team visits the United States, what some of the staff and their family ask to have brought back to Panama are items from Starbucks – anything from Starbucks.  Mugs with the logo, cups, coffee, whatever.  This is a coffee loving culture and many have connections to or deep appreciation for the United States. This translates to love of some U.S. brands in particular.  Given that Panama is also world famous for its coffees (Panama gets the highest prices in the world auctions for specialty coffees) and some Panamanian coffee producers already provide fine coffee to Starbucks, expanding into Panama is a natural move for the company.  Expect Starbucks to be a big hit in Panama. Expect more American and World-wide brands to come here (think Walmart).

On a side note, when in Panama, consider visiting a Panama-bred coffee shop like Kotowa, Duran, Lerida or Ruiz.  Even better, visit some of Panama’s coffee beneficios and coffee farms where you can get a tour of the farms and see coffee production in process.  In many cases, the beans are harvested and processed by the indigenous peoples, the Ngäbe-Buglé (actually two different tribes) so visiting a coffee farm can be a fascinating cultural experience.

Excerpt from: Starbucks to open stores in Bolivia and Panama

Starbucks’ efforts to expand in the Latin American market speed up as the coffee giant announces store openings in Bolivia and Panama. Its first cafe in Bogotá, Colombia’s capital, is scheduled for a midsummer opening, the company says.

Starbucks is deepening its drive into Latin America with plans to open its first stores in Bolivia and Panama.

The company said Wednesday that Delosi, its Peruvian partner, will open a licensed store in the Bolivian city of Santa Cruz sometime this year.

Santa Cruz is a relatively prosperous commercial hub, but Bolivia remains one of South America’s most impoverished countries, with a gross domestic product per capita of about $2,500. That’s about a twentieth of the U.S. per capita GDP, and the equivalent of about 800 lattes. Nevertheless, the company said there’s room for 10 Starbucks cafes in Bolivia over “the next several years.”

Colombia’s first Starbucks cafe, in Bogotá, is scheduled to open midsummer, the company said. Starbucks plans an aggressive expansion in Colombia over the next five years.

Latin America’s booming middle classes, hungry for globalization, present plenty of opportunities for the Seattle cafe empire, but also present challenges as many countries in the region have deeply-rooted coffee cultures of their own.

The Latin foray is also a symbolically charged effort for Starbucks, which has been buying coffee in the region for decades, and now seeks to turn many of these coffee-exporting countries into avid consumers of its beverages.

The company is drawing on its deep relationships with coffee providers to buttress its retail strategy in the region. Colcafe, a subsidiary of giant Colombian food company Grupo Nutresa that helped Starbucks develop its instant coffee, has been enrolled to provide Starbucks’ Colombian stores with espresso, drip and packaged coffee sourced locally.

The stores will be operated through a joint venture between Grupo Nutresa and Alsea, the company that runs Starbucks’ stores in Mexico, Argentina and Chile.

Starbucks has about 740 stores in 12 countries in Latin America. It mostly relies on Latin American partners to run operations from the Rio Grande to the River Plate, but it operates its own stores in Puerto Rico and Brazil.