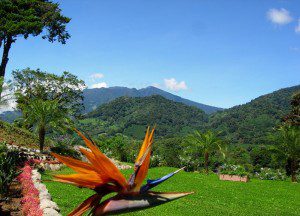 October and November have seen lower month over month consumer prices in Panama.  November -.3% and October – .1%.   This is mostly due to lower fuel prices.  Another factor is the food price control program President Varela campaigned on to help keep food prices accessible for poorer Panamanians.  That program has just been extended another six months.   Due to the considerable economic growth Panama is experiencing – best in all of Latin America with 7% anticipated for 2014 – the deflationary Christmas present is sure to be temporary.

There will be a reduction in demand for raw materials and labor due to the completion of the Canal expansion in 2016, but that is likely to be off-set by the increased demand from several other sectors including mining, residential development, energy sector development and others as well as low unemployment coupled with rising wages.

Regardless, for now, inflation is a non-issue in Panama.

Monthly prices in the Central American nation contracted 0.3 percent after shirnking 0.1 percent in October, according to the figures. It was the steepest monthly fall since July.

The office did not publish annual inflation data and said it had changed its base year to 2013 from 2002.

Photo from Multiplaza – the Luxury Mall in Panama