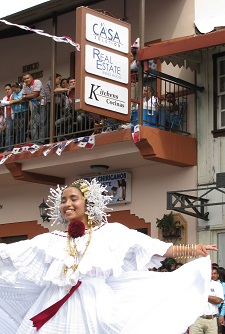 Starting in the first week of November, we enter holiday season in Boquete and that means lots of parades and fairs from now through April of next year.

November is about independence and patriotism. The streets of Boquete swell with cheerful people as proud citizens and students march, dance and play instruments in impressive formations.  Red text indicates a special event in Boquete.

Our first parades and holidays have passed. Here’s what’s coming next:

November 28 – Independence from Spain
It is expected that businesses will be open on Nov. 28th and closed in celebration on Dec. 1st.

November 30 – A Huge Parade in Boquete – it has been decided – the big parade will take place Nov. Nov. 30th 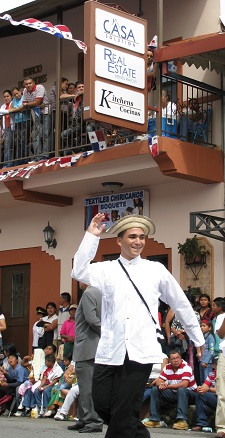 There will be a Nighttime Parade and Fireworks – very different and fun – it is still being decided which evening it will take place. It will be one night between Dec. 19  and Dec. 25.

There are  other holidays and events in early 2015 including:

but of special note for Boquete are the two major festivals of the year:

Fair of Flowers and Coffee – also known as The Flower and Coffee Festival
January 9 – January 18, 2015

Where to stay?  Check out these great hotels.