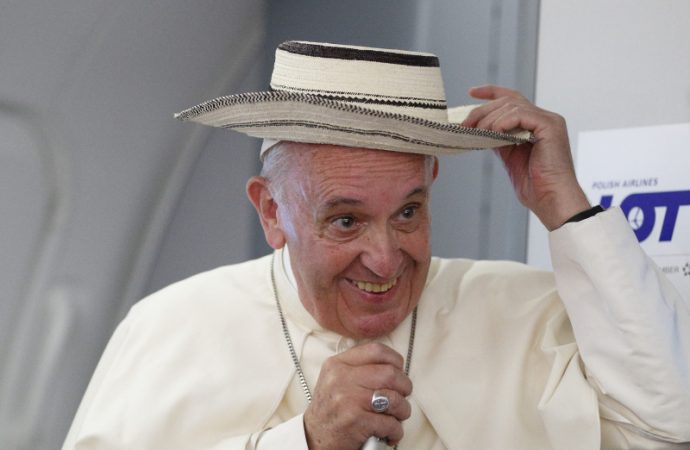 The event in Panama will be enormous.  Panamanians are celebrating Pope Francis’ decision to hold World Youth Day 2019 in Panama.

World Youth Day is held only every three years and will be hosted by Pope Francis in Panama City, Panama.

A prior World Youth Day in the Phillipines set the world record in 1995 for the largest number of people attending a religious event with over 5 million attendees.  Other World Youth Days have also been huge.

Expect the mega-event to bring positive attention to Panama as well as a meaningful economic boost along with a huge influx of tourists.

The selection also continues the Pontiff’s interest in Panama which came with the appointment of Panama’s first cardinal just one year ago. The Cardinal happens to be from David, Panama near Boquete.  Cardinal José Luis Lacunza Maestrojuán said “I think that it (World Youth Day) will be an occasion a revitalization of the Church in general, and for the youth in particular … not just from Panama, but from Central America and all of Latin America.”

He also joked that by choosing Panama to host the mega-event, Pope Francis “made a lot of mischief, the first of which was appointing me Cardinal. It was a great mischief!”

And Panamanian Bishop Manuel Ochogavia Barahona of Colon-Kuna Yala has described the coming World Youth Day as a “Fiesta Latina” with a lot of “sun and salsa.”

“Krakow, Poland, Aug 1, 2016 / 04:53 pm (CNA/EWTN News).- After Pope Francis announced Panama as the host of the next World Youth Day, the country’s bishops said the decision is a reflection of his attention to the peripheries and voiced their hope to be a “bridge” for those who come from all continents.

“I think that it will be an occasion a revitalization of the Church in general, and for the youth in particular … not just from Panama, but from Central America and all of Latin America,” Cardinal José Luis Lacunza Maestrojuán of David told CNA July 31.

Panama, he said, will be an opportunity for a demographically young Latin America to “charge their battery” in living the Christian life.

He noted how the decision to hold the 2019 WYD in Panama comes just a year after he was named the country’s first cardinal, jesting that Pope Francis “made a lot of mischief, the first of which was appointing me cardinal. It was a great mischief!”

Now Panamanians “have the opportunity to show what we really are,” he said, explaining that while Pope Francis might have made “this mischief” in giving Panama the task of organizing the 2019 event, “with a big smile gives us this challenge to go forward.”

Pope Francis announced Panama as the location of the next international WYD gathering after celebrating the closing Mass for the July 26-31 youth encounter in Krakow.

In his comments to CNA, Cardinal Lacunza noted that given its geographical location, Panama serves as “a bridge” connecting North, South, and Central America.

Given the fact that many youth from Central America will be able to arrive to Panama by land at a low cost, the cardinal said that though he’s not 100 percent sure, “this must be one of the reasons why Pope Francis elected Panama to be the host.”

In a July 31 press briefing following the official announcement, the cardinal addressed the obvious question as to whether, given its size and population, Panama can actually handle organizing a WYD.

In response, Cardinal Lacunza pointed to the Panama Canal Treaties that handed over control of the canal from the U.S. to Panama, nothing that many people asked the same thing: “will the Panamanians be able to manage the Panama Canal?”

“The Panamanians demonstrated that they had the ability not only to manage the canal, but also to broaden the canal,” he said, explaining that given its location Panama can serve as a bridge for the Americas and for youth from around the world.

He told CNA that while there will certainly be challenges, the organizing committee has already begun to plan the event, and will meet with the Pontifical Council for the Laity July 3 in Rome to sketch out some initial ideas the event’s theme and organization.

Bishop Manuel Ochogavía Barahona of Colon-Kuna Yala, who also took part in the briefing, told CNA that in his opinion the idea for the bishops of Central America to propose Panama as the location of the next WYD “was born from a Church that wants to serve the youth.”

“Our reality in Latin America is a reality that really needs God,” he added. As a continent plagued by various forms of violence, trafficking and poverty, they need youth who will be able to give answers, he said.

“This is how I think the petition arrived,” he said, observing how Pope Francis frequently talks about the need to reach out to the peripheries.

Bishop Ochogavía noted that his own diocese sits on the periphery where there are “various forms of poverty and marginalized and excluded people,” explaining that the presence of WYD can bring the Gospel to these people and put “hope to their hearts.”

Similarly, Archbishop José Domingo Ulloa Mendieta of Panama City told journalists during the briefing that WYD will be “a balm” for the youth affected by violence, trafficking, and drugs.

World Youth Day Panama will serve as a stimulus so the youth “can rediscover the path that God wants for each one of them.”

He spoke about the cultural richness of Panama that those who come will find, which stems from the country’s multi-cultural background, the sense of love and openness Panamanians have, and their love of salsa dancing.

While there is already a strong collaboration with the government in terms of getting things started, the archbishop jested, “the best preparation will be to learn how to dance salsa.”” 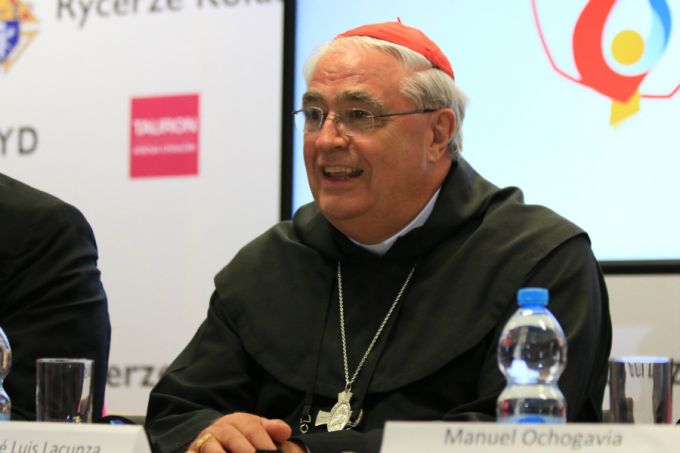