Under Contract – Great Price! Island Land for Sale with Beach and Bay Frontage on Boca Brava in the Boca Chica Area of Chiriquí Province in Panama
$99,000

Panama Tops the World in Well-Being Again, US drops from 12th to 23rd – Gallup 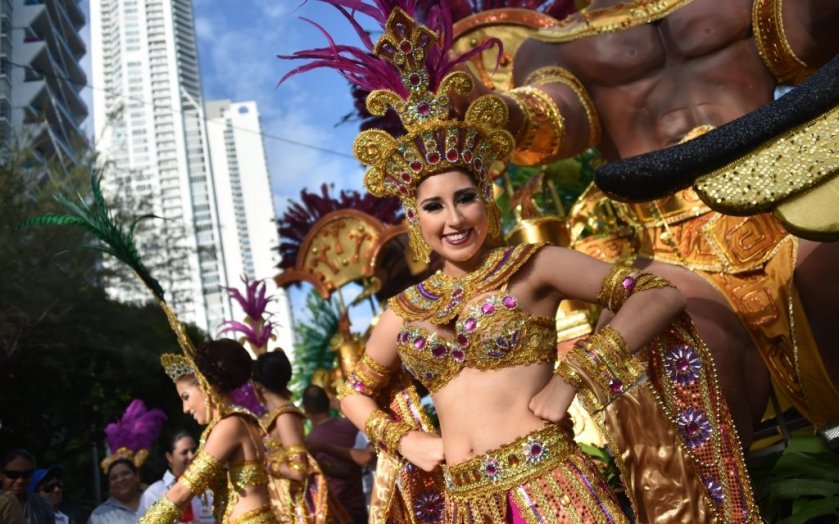 Panama does it again.  Gallup surveyed people from every country in the world and measured five key elements of their well-being.

Panama not only came in first, but came in far above any other country…. again.  Panamanians were especially “thriving” in the areas of Purpose, Social, Community and Physical well-being.

This may help to explain why so many expats and tourists feel uplifted in Panama.  The people are thriving and that is bound to rub off.

Consider Panama for a visit.  Or, if you want to feel particularly great, consider Boquete… read last year’s report Is Boquete the World’s Happiest Place?

From the Source: Gallup excerpts on Panama in 2015

At the regional level, the Americas have the highest percentages of residents thriving in three or more elements and lead other regions in purpose, social, community and physical well-being. Latin Americans in particular have higher levels of well-being than any other regional group. Residents of many Latin American countries are among the most likely in the world to report daily positive experiences such as smiling and laughing, feeling enjoyment, and feeling treated with respect each day.

Panama Leads the World in Purpose and Physical Well-Being

For the second year, Panamanians have the highest levels of purpose well-being (60.5% thriving) and physical well-being (52.2% thriving). They also tie with other countries for the top spot in social and community well-being. Factors contributing to this peak level of global well-being may include Panama’s Latin American cultural predisposition that is associated with higher levels of positivity than other regions. Its relative political stability, a strong and growing economy in 2014, and investments in national development may also be contributing factors to higher levels of well-being in Panama.

For the second consecutive year, Panama leads the world in well-being, with 53% of residents considered thriving in three or more elements.”

Quotes from this year’s press coverage:

The latest Gallup-Healthways well-being ranking puts Panama — a sliver of land with one of the world’s busiest shipping routes — as the place to be, along with its Central American neighbors. There are half as many Panamanians as New Yorkers, but it seems they are better off even when their gross domestic product per capita is $11,036, a fifth that of the U.S.”

“When it comes to having that inner glow, it turns out Panamanians are way ahead of us in the UK. That’s according to a newly-published analysis of global wellbeing, anyway, which ranked Panama as the happiest country in the world – while the UK comes a mere 44th.”

NPR: U.S. Slips In World Well-Being Rankings; Panama Is No. 1

“Panama took the top spot for the second straight year in the Gallup-Healthways Country Well-Being report, with Costa Rica second. Switzerland was the top European country, in fourth. At No. 23, the U.S. is one spot behind Israel and one ahead of Canada.

If you’re looking to boost your own well-being, you might want to boost your leisure activities — maybe even take a vacation. As NPR reported in 2009, the benefits can include “lower blood pressure, lower stress hormones and smaller waists.”

Here are some of last year’s report on this well-being phenomenon from Casa Solution: 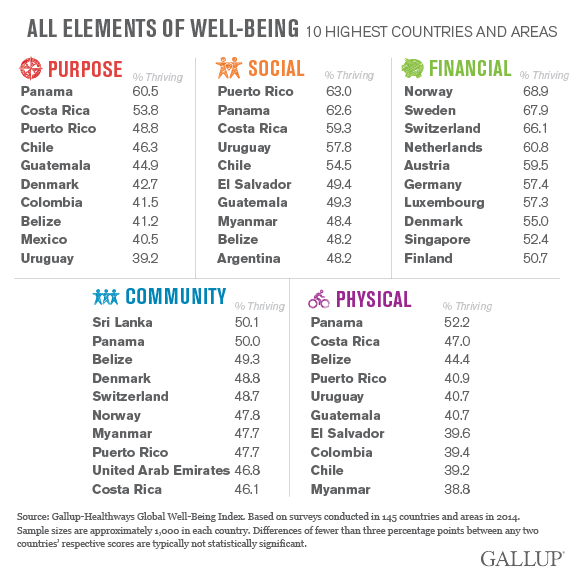